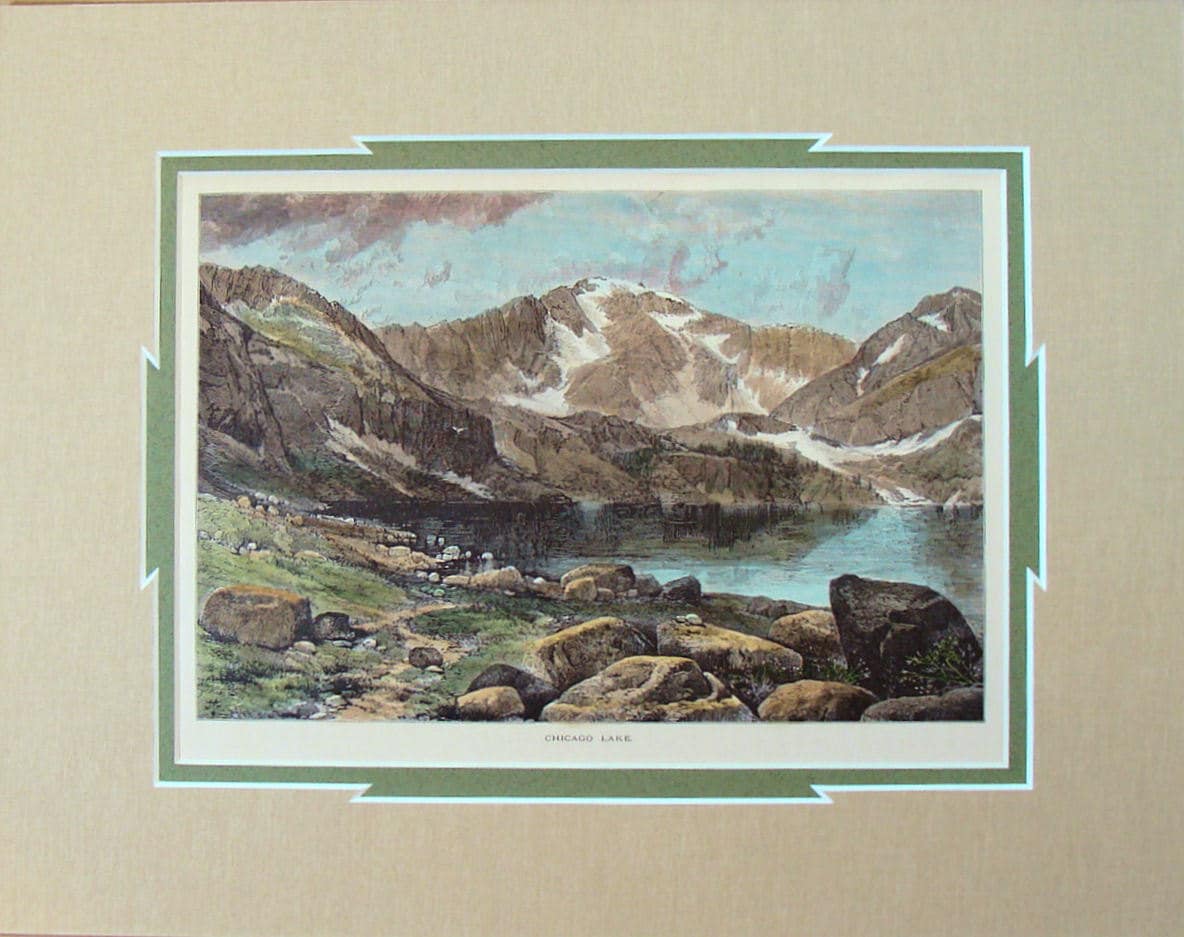 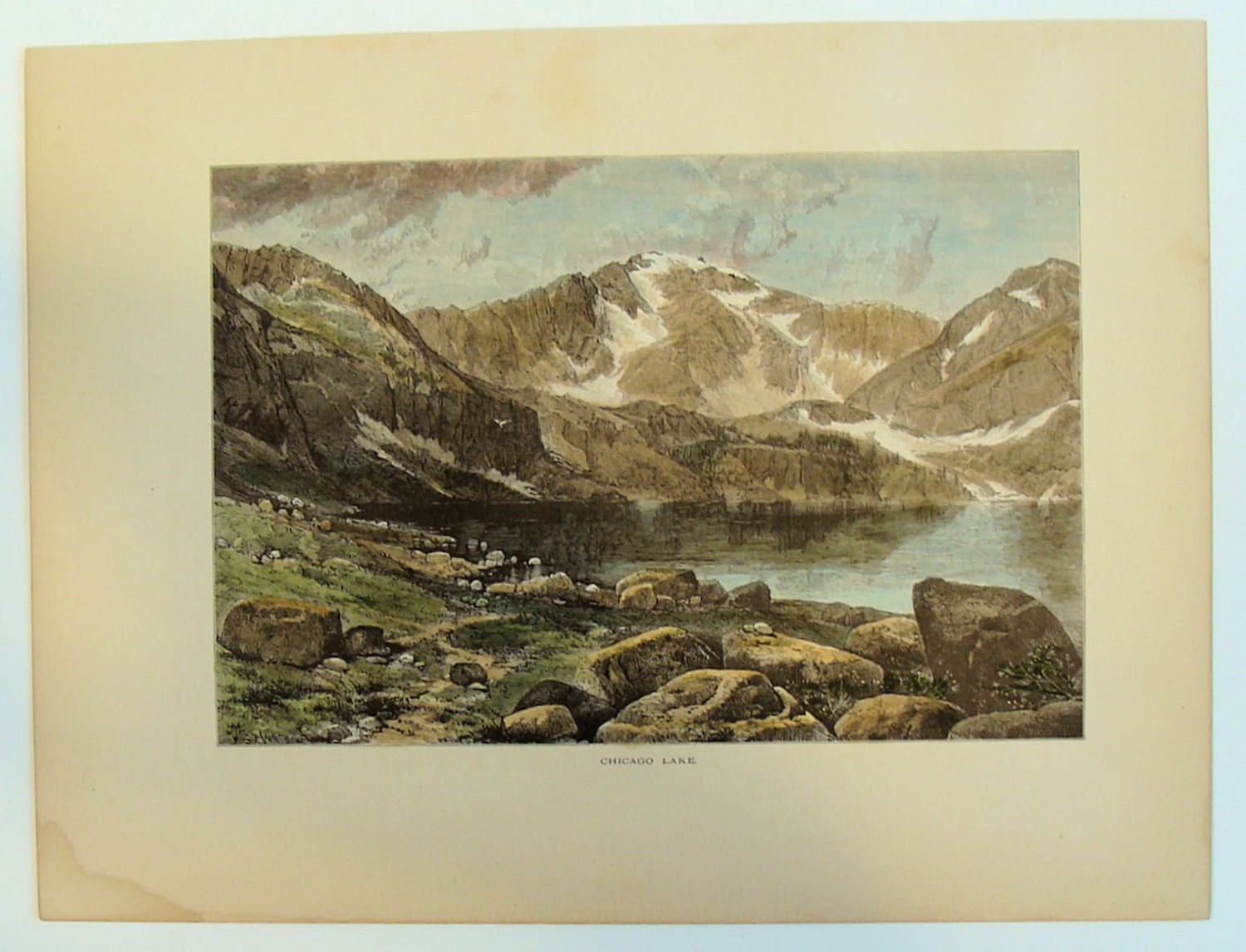 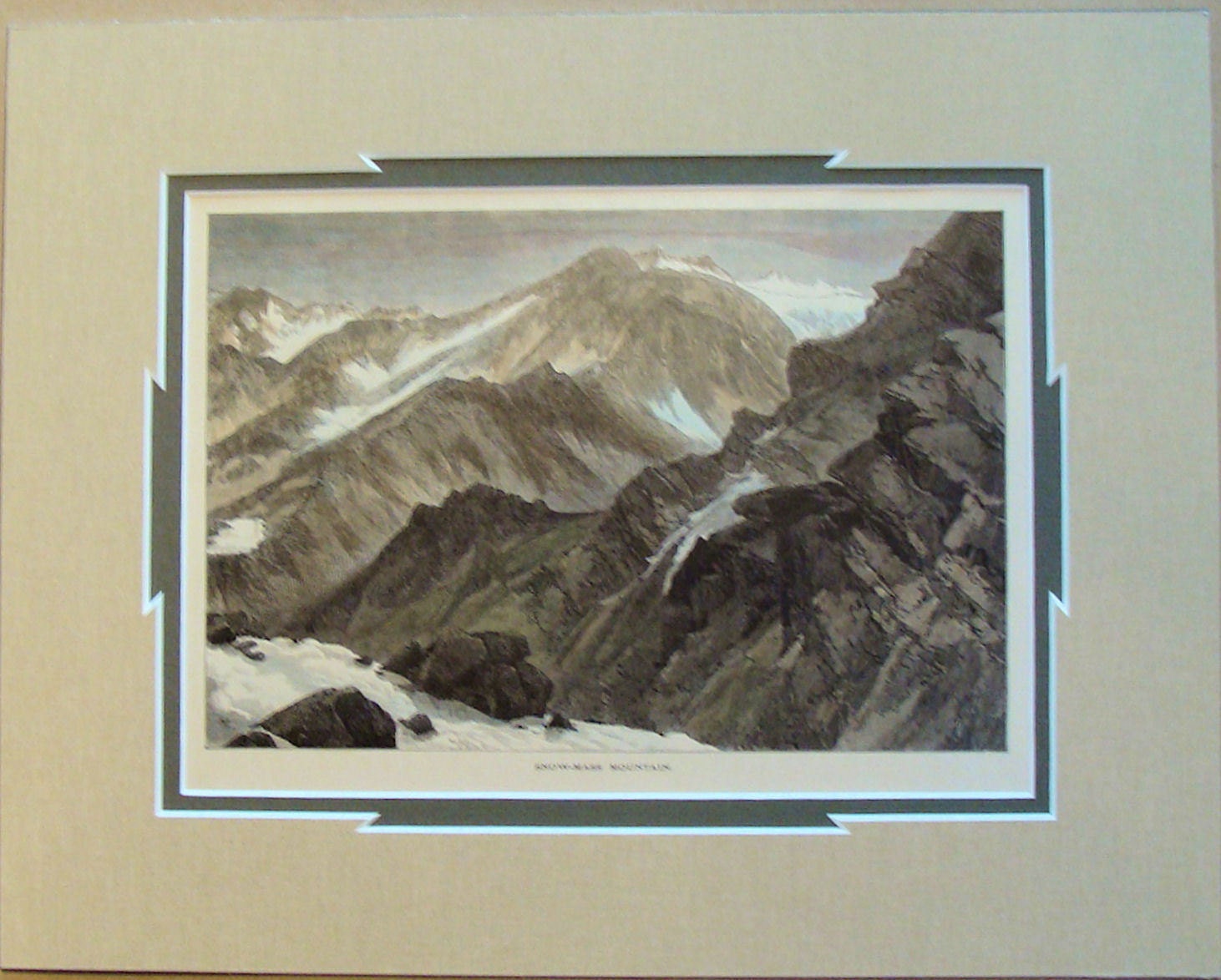 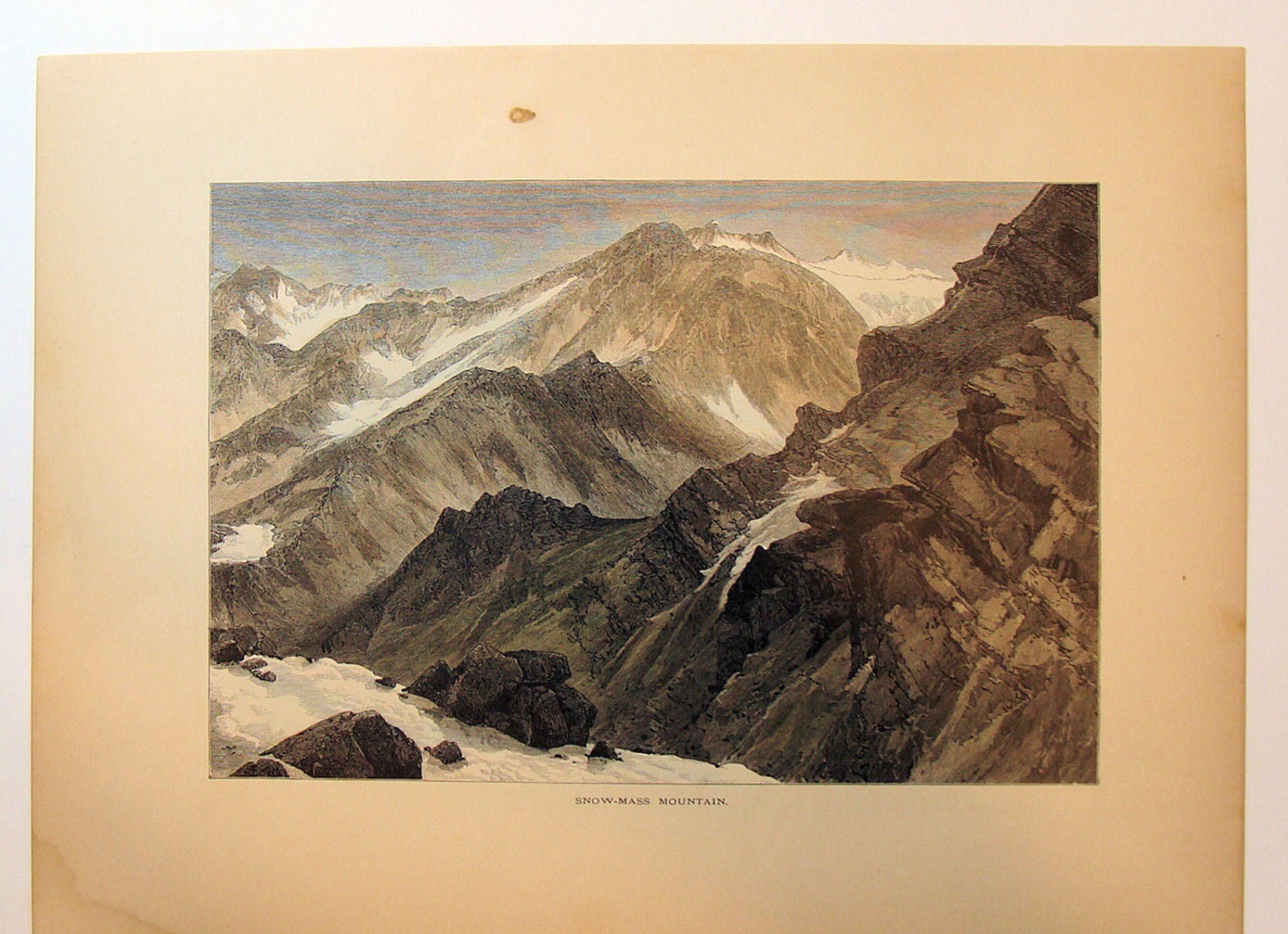 Nice 1873 Thomas Moran engraving of Chicago Lake in the Rockies. Is in nice condition for its age. It has a slight stain in the lower left corner, but the matting covers that. It is archival mat with a fabric mat on the top and a second layer for accent. The mat has a specialty slanted cut for accent It is backed by 2-ply rag. Snow-Mass in the Rockies is in the second set of two pictures Same upper mat, lower mat to enhance the colors in the engraving.

The second picture of each engraving shows it without matting on it.

Picturesque America was a two-volume set of books describing and illustrating the scenery of America, published by D. Appleton and Company of New York in 1872 and 1874 and edited by the romantic poet and journalist William Cullen Bryant (1794-1878), who also edited the New York Evening Post. The layout and concept was similar to that of Picturesque Europe. The work's essays, together with its nine hundred wood engravings and fifty steel engravings, are considered to have had a profound influence on the growth of tourism and the historic preservation movement in the United States.

I'll do my best to meet these shipping estimates, but can't guarantee them. Actual delivery time will depend on the shipping method you choose.

Request a cancellation within: 12 hours of purchase

I don't accept returns or exchanges

But please contact me if you have any problems with your order.

0 items in your cart